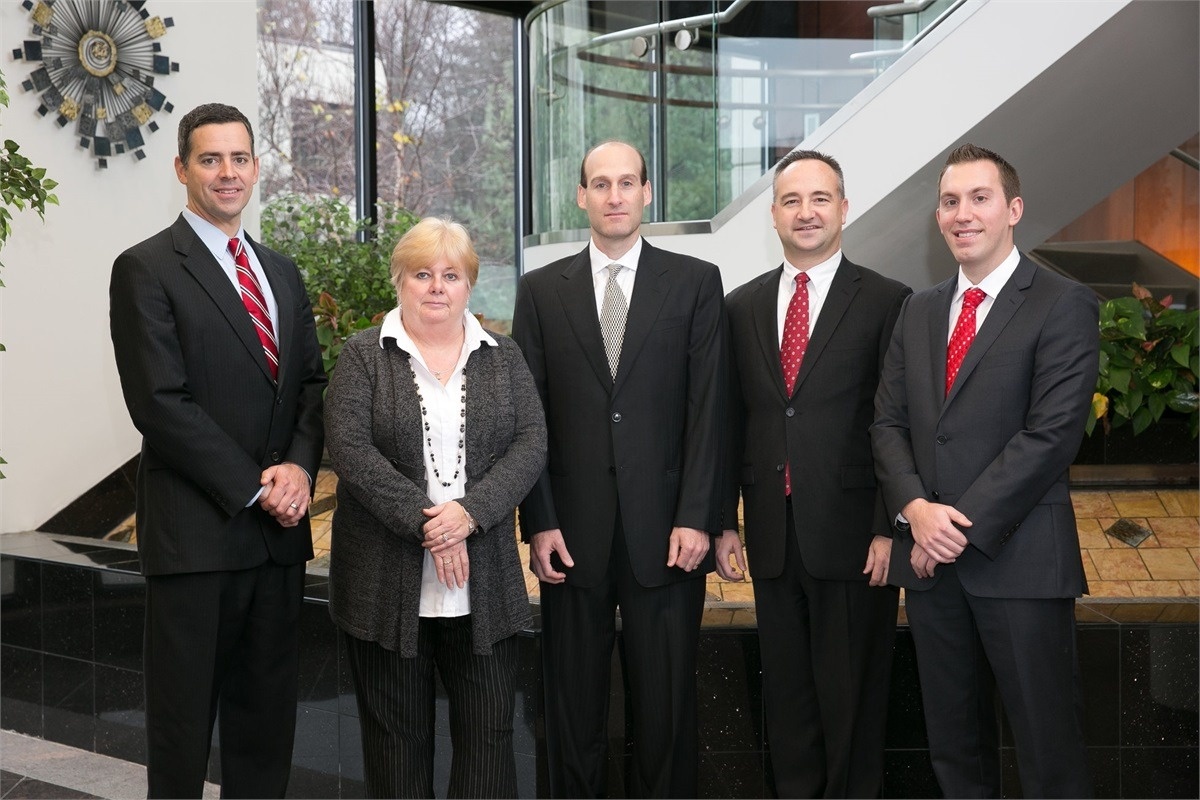 The third quarter of 2022 saw most asset classes continue their year-to-date decline as bonds, U.S. and foreign stocks, and commodities all delivered negative returns. The only positive asset class was cash (money markets). The S&P 500 rose 14% from June 30th through August 16th, only to have a dreadful September and finish down 5% for the quarter and nearly 24% for the year. Aside from the sharp fall in March of 2020, it is the largest intra-year decline since 2008.

A third consecutive 0.75% interest rate hike by the Federal Reserve in September pushed bond values lower and may have already pushed the economy into recession. As a result, the U.S. Aggregate Bond Index is down 14.8% year-to-date. This drop in bond values has amplified the pain from the stock market decline, whereas normally bonds appreciate when stocks fall thus reducing the sting for diversified investors. The Fed has signaled they will likely raise rates further during their November and December meetings. While savers will enjoy cash yields over 2% and higher T-Bill and CD rates, home buyers are balking at 30-year mortgage rates which touched over 7%, up from 3.11% to start the year. Home sales are tumbling as a result.

Currency movements made big headlines in Q3 and will be worth monitoring. The U.S. Dollar strengthened considerably due to the increased interest rates by the Fed. Relative to the U.S. Dollar, the British Pound is down 17% YTD, the Euro is down 16%, and the Japanese Yen is down 22%. Currency valuations are forward looking. Investors feel that relative to other markets, the United States can withstand turbulent global times better than others. Investors are also showing faith that the U.S. Dollar won’t erode in value from run-away inflation because of the Fed’s rate hikes. The U.S. Dollar strength has helped exacerbate inflation pressures around the globe though. In addition, European countries are facing a self-inflicted energy crisis due to their reliance on Russian oil and gas which they are now boycotting (partially). China is seeing a slowdown due COVID lockdowns and a collapse in its real estate market.

Some Positives to Ponder

An obvious beneficiary to a strong U.S. Dollar is the American traveler, who can now essentially get a 17% discount on London hotels. Businesses that import foreign goods can now do so at much lower costs, helping their overall bottom lines. On the flip side, American products are more expensive to foreign buyers. For example, if Microsoft wants to sell its Office 365 suite, it has become 16% more expensive to sell that in Europe. That can cause U.S. sales to fall, expand the trade deficit, and hurt the overall economy.

American households and the U.S. financial sector are in much better shape now than during the 2008 global financial crisis, though we are not as confident in the health of major European financial institutions to weather a serious global recession. The labor market remains tight in the U.S. with nearly 2 job openings for every unemployed person. Nominal wages are higher as result. Adjusting for inflation though, real wages are down, which is why it is so important for the Fed to tame inflation.

Earnings of the S&P 500 companies have grown around 5% while the price-to-earnings multiple has dropped by 30%. U.S. stocks are now trading at 15 times earnings, below the 25-year average of 16.8x. Past indicators of a boom-to-bust economy are sitting at average levels, such as residential investment as a percent of GDP, business investment, light vehicle sales and business inventory/sales ratios. Hopefully those factors help limit our economy to a mild recession.

In summary, geopolitical events and continued interest rate increases by the Fed and other central banks could prolong or deepen a likely economic recession. Investors hoping for a 2020 type boomerang to prosperity will likely be disappointed, because that was fueled by easy monetary policy, not the tightening policy which the Fed is currently employing. But patient investors with long-term time horizons should be rewarded, as markets have always begun recovery many months before it was clear that the economy had rebounded, and because interest yields on bonds will provide higher portfolio income in the meantime.

In a bit of good news, state tax collections across the country were strong in 2021. With a surplus here in Massachusetts, excess revenue must be credited back to taxpayers. All MA filers are expected to receive a 13% refund on the income tax that they paid in 2021 under Chapter 62F. It could be large enough to cover your holiday shopping spree! For an estimate on what your refund may be, visit https://www.mass.gov/info-details/chapter-62f-taxpayer-refunds. Taxpayers who filed for an extension may see a delay in payments.

With interest rates rising overall, there certainly will be a shift in many portfolios away from equities and over to fixed income. Municipal bonds should be re-considered if you are in a high federal tax bracket and especially if you reside in a high-income tax state such as California, New York or Massachusetts (if the 4% surcharge on incomes over $1M passes in November).

Over the last few months, we have been touting the benefits of buying I Bonds through Treasury Direct (yielding 9.6% APY for 6 months if purchased before Oct 31st). The fourth quarter will bring announcements to other areas which are tied to higher inflation such as social security cost of living adjustments, as well as increases to the tax bracket bands and to the standard deduction. Additionally, retirement contribution limits which are tied to inflation will also be raised, most likely to the following amounts (preliminary, not yet official): 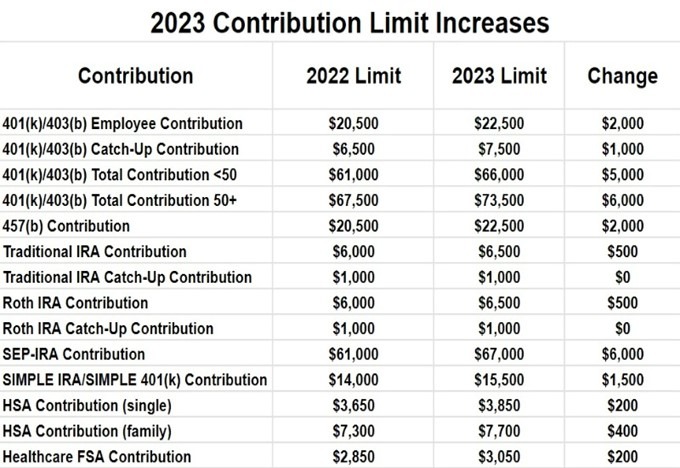 Finally, we will spend much of the fourth quarter rebalancing portfolios to account for the recent volatility. In doing so, we will look for opportunities to harvest losses in your taxable investment accounts. These realized losses would first offset realized capital gains and mutual funds distributions from this year. Any excess losses harvested this year could be used to offset up to $3K of ordinary income and then carried forward to offset capital gains in future years.

If you have outside gains or losses that you have realized in 2022, it may behoove you to make us aware of this for planning purposes.